Movies have been an integral part of today’s society, and most people refer to it as one of the most entertaining forms of entertainment. Due to the presence of advanced technology in the field, filmmakers are able to bring imagination to reality. With the presence of the digital camera, proper lighting, computer-generated imagery, and high-quality sound recorders and processors, looking at the widescreen feels like experiencing the scene in real life. In fact, it is indeed what those innovations are all about, and it aims to support filmmakers to capture reality and present it through images and scenes.

With all the available options and quality products, people often wonder about what the subject was like before it gained wider popularity. In the nineteenth century, films were different and still a subject to limited technology and techniques. Filmmakers in that era may have a bunch of images in their heads that needed to be properly portrayed through the screens, but the limited technology and devices seemed to be the only reason why it took centuries for them to reach the point where directors can eventually produce high-quality images. Thus, this article aims to discuss the process and history of filmmaking. 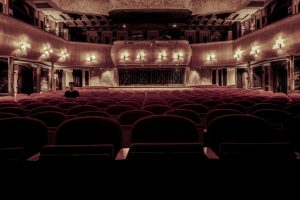 Most people generally assume that the history of filmmaking started with the invention of the camera as one of the main tools to capture reality. For this reason, they instantly turn to references that mention the history of the camera that sites offer instead of digging deeper to the basic concepts of reality portrayal through screens. The most primitive ways of presenting images through screens were invented in the seventeenth century when an Italian man utilized candles to create shadows on a white sheet. The sheet acted as a screen in which all the objects, or props, were portrayed following certain storylines.

Following the above primitive show, more people invented new techniques with similar concepts that pretty much gave the effects of motion illusion. The new technology soon caught the attention of the public, and experts began working on new projects called a zoopraxiscope, fantascope, and a thaumatrope. During the century, it became one of the greatest breakthrough that revolutionized the way people enjoyed public shows.

It was not until the 1890s that people interested in the field were able to create a mechanism that allows them to create advanced imageries. Of course, it involved the use of a camera, a once quite simple device to capture images that later became the basic ideas for further developments. Thanks to these developments, people these days can enjoy much more sophisticated advances and high-quality movies.